Home » About Us » Our Story

Our names are Ricky and Amanda Bokovoy and we are a (very) happy pair of newlyweds. Technically, we’ve been married more than four years, but we agreed to consider ourselves as newlyweds forever. Read on to learn more about us and how we met! 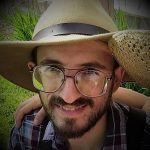 Ricky is a born and raised Minnesotan with a love for the northwoods. He was brought up in a worldly home, though his mother was raised Christian and remains active in her church to this day. He believed in God, but had no relationship with Him. Throughout school, he studied hard and nearly achieved a GPA of 4, but the effort burned him out and his health took a big downturn during college.

He had his conversion experience when he was twenty through an Evangelical who pointed him to the Decalogue, then counseled him to read his Bible and pray everyday. This he did, and then soon afterward, he got to know and was baptized by a Seventh-day Adventist. Since then, he has studied the Bible and SOP thoroughly and has likewise learned a great deal more about health. Although he still suffers from multiple chronic mental and physical conditions, the health message has made a significant difference in his quality of life. 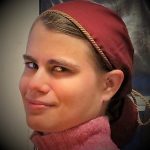 Amanda is originally from Canada. She was raised as an Adventist (baptized at only seven years old). Yet, she was not deep into the church, for she attended public school and her family went through multiple periods of not attending church because they moved often. Her parents also divorced when she was a child. She went through many ups and downs in her relationship with the Lord due to a serious entertainment addiction before she finally, truly surrendered in her late twenties, not long before she met Ricky.

Although she was vegetarian years longer than Ricky, she didn’t understand much about the health message before marrying him and the knowledge that he has shared with her has improved her quality of life considerably. She may have been a more liberal sort of Adventist growing up, but she is now a firm advocate of the reforms and all aspects of practical godliness. It is her dream to someday have a blog dedicated to the subject. She has since realized she has Inattentive ADHD, however, and this has slowed down any progress toward such a goal. For now, she continues to try to find effective coping strategies that will allow her to work effectively and efficiently.

God brought the Bokovoys together in a rather sudden way! They became acquainted with one another on Facebook in 2016, through a mutual friend, and then got to know each other on Skype. Within months, they began courting and, when they both attended a spring camp meeting in 2017, Ricky proposed—with a bouquet of their favourite flowers and some delicious dates! Amanda gladly accepted, and they were married that very summer. By the grace of God, the process of immigration went smoothly and Amanda is now a permanent resident of the USA.

We now work together to share the Gospel both locally (primarily through literature evangelism) and online. It is our deepest desire to be repairers of the breach (Isaiah 58). We also love to study together, whether the Bible/SOP or subjects like health.